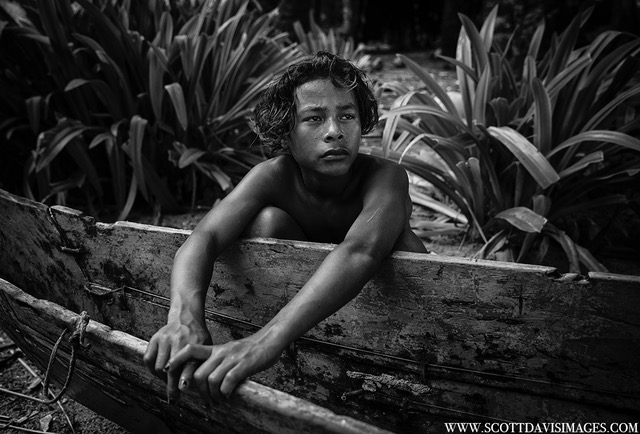 The small island of Elato, with a population of about 110 people, is just a couple of hours (about 30 miles – our boat travels at about 8 knots) from Lamotrek.  We left Lamotrek in the late afternoon, with the deep hues of green from the coconut palms and blue from the lagoon creating that indelible image of these beautiful tropical Pacific islands.  Add to that the genuine nature and wide smiles, and the character comes through too.  We are so very lucky to be here, and to have the opportunity to help support the outer islanders.

After a short trip (we could see Elato from Lamotrek), we arrived to the lagoon of Elato in the evening, with enough light to get through the cut in the reef.  We had guidance from Manuel, who was brought out to help pilot the Truk Master in through the narrow channel.  Manuel worked on the state ship, and is a trained Port Pilot. Manuel was our boat guide and site helper too.

We arrived on shore (Michelle, Junior and Myself), in time for tuba.  The small party of men that greeted us was already well on their way through what turned out to be quite delicious tuba.  They were unbelievably welcoming, and told us how appreciative they were to have us there.  The only two boats with outboards left for Lamotrek for the funeral of Johannes, because many people on Elato have close ties to Lamotrek families.  We expressed our sadness – it was such an intense time, and I feel so badly for the communities affected. The boats came back in the evening, and everything changed.  The island came alive and people joined.  We had asked for some fish for the fishery workshop, and with one cast of the community net there was a giant pile of fish of all kinds (see the pictures!).  The workshop was great, and Steve (who turns out to be a great keyboard player and singer as well), is an excellent asset with his experience with fisheries and the Department of Education. Our dives have been so unique, and have taught us so much about this place.  Its an awesome feeling to jump in and descend in a place where you know you are probably the first team to do so, ever.  The reefs either gently slope towards the deep blue surrounding the Atoll, then slope steeply downwards, or sometimes they curve sharply and drop straight down into the abyss.  When diving, we have the distinct feeling of being on the edge of a precipice, when we look down there is only a very deep blue that transitions to almost black.  These are among the deepest waters on the Planet, and we can feel that. These reefs, outside the Atoll, seem to be characterized by lots of an alga called Microdictyon, with corals interspersed.  Sometimes corals dominate, sometimes the alga dominates – seems to depend at least partly on exposure to weather.  Generally there high fish biomass (on some reefs its very high) and lots of species (I think the fish counters have counted over 50 more species out here than in Ulithi! We are about 3 degrees closer to the equator here, which may make a difference).  Twice now, we have seen aggregations of about 20+ baby gray reef sharks – a nursery of sorts.  For those of us who saw these it was a real treat – something we know about but is very rare to see.

But just when we thought we were beginning to understand the reefs, yesterday we found Eden underwater. Coral reefs, on the inside of the lagoon, with very high coral cover and crazy fish biomass.  Super interesting and SO beautiful.  There were sheeting and mounding corals, 100% cover in some places, cascading from about 10 feet deep to about 35 feet, where they meet the sand of the lagoon – a white, fine sand.  The light from above, and the reflection off of the white sand below, gives these reefs a glow that is ethereal.  With almost 1000 snapper and hundreds of parrotfish at one of them, we were astounded at the beauty. We do see evidence of damage to the reefs here too.  Looks like some corals have died and/or bleached within the past year or so and are covered with crustose coralline algae (which is actually good – far better than covered withb algae or cyanobacteria).  Other corals look to be more storm damaged, and people tell us it is ‘leftover’ damage from as far back as 1978 and 1991 (two big typhons that hit this region).  Interestingly, Typhoon Maysak, which hit Ulithi so hard, didn’t seem to have much impact out here.

We had an amazing wrap-up meeting in Elato.  We set up a sheet in the men’s house and hooked up the projector.  Most of the community was there.  They started by asking each of us to introduce ourselves and kneel in front of one of the women who painted our faces.  It was a sign of celebration and thanks.  Men received pink and women got orange – very bright!  It was festive and touching at the same time.  Scott showed his pictures, and we gave a slide show about coral reefs, then discussed our impressions of the reefs and the management, and potential challenges they may face.

As the first boat left, Steve from Elato brought the keyboard down.  He and Mario started rocking out – singing songs Mario had written and others to celebrate the departure and the work and life in general.  The community kept calling for encores but captain was calling… We were sad to leave.  But not to worry.  The departure carried on!!  Elato called us to say thank you again, and we called back.  Then they called with several people saying thank you.  We called back with a group thank you.  Then Elato called back asking us to stand by – and they put the radio up while Steve played a song into it.  Then we countered with a song that Mario, Rancy and Milo sang.  All of this on channel 16…and all while we slipped away from the Atoll under power.  This morphed into an all out dance party on the back deck with Elato playing songs on the radio and us singing back.  It was hilarious, fun, touching and such a blast.  We carried on this way until the distance weakened the signal and it disappeared.  It was a fitting farewell to good friends and colleagues!